20 years ago last month, I boarded Varig Flight 855 from Washington Dulles to Sao Paulo on a trip that would change my life forever.  It was the beginning of an epic 11-month adventure around the world, the dream trip of a lifetime that inspired the creation of TripTuner and reinforced a desire to live life on my own terms.  Yet as I boarded that flight, I thought I was making the biggest mistake of my life.

This is the first in a series of #RTW98 posts looking back on that trip: the mechanics and logistics as well as the inner journey, with reflections on how life may have changed in the exotic lands I visited.  Like many journeys it is admittedly #allaboutme – very personal. But if you’ve ever considered traveling around the world or taking a sabbatical, you’ll find inspiration and tips for your own jaunt. If you’ve done it, I welcome you to relive that unique magic with me. 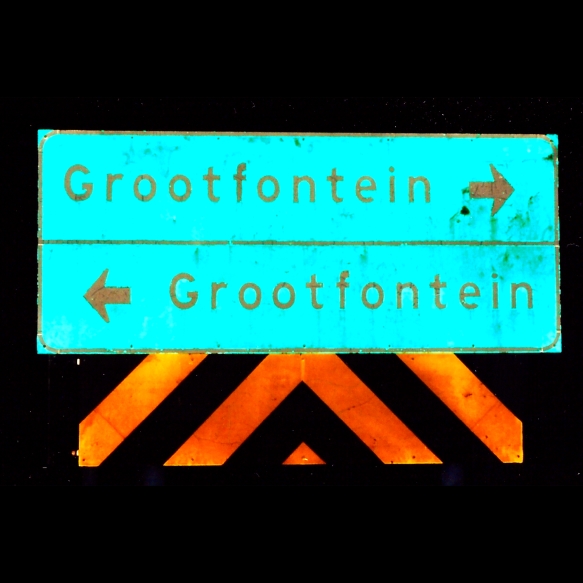 Sometimes life presents you with a choice between two diametrically opposed options, both of which are right.

Since childhood, I’ve loved to travel.  But the thought of traveling around the world – and quitting my job to do it – never crossed my mind until I experienced the corporate world.  After 6 years in an intense sales job, I was ready for a change. It wasn’t a dream job, but I loved the independence, social aspect and challenge of sales.  Not to mention it was lucrative – it helped me pay off student loans, buy professional DJ gear and visit Europe and the Caribbean every year. The feeling of being debt-free was empowering, sparking thoughts of jumping off the cutthroat corporate treadmill.

While many of my colleagues bought homes or luxury cars – something our managers explicitly encouraged – I saw it as a trap.  I was young, single and not ready to settle down. The thought of a 30 year mortgage was unfathomable for me. I mean, I couldn’t even figure out what I wanted to do in the next 2 years of my life.  But I knew it wasn’t about getting tied down by debt or a materialistic lifestyle.  So after a particularly good year, instead of buying a Porsche I bought a 10 year old Saab, maxed out my 401K and saved the rest.  For what, I wasn’t sure.

What I did know is that I wanted a change and some time off.  Time to figure out on a deeper level what I really wanted out of my life.  Time to see what life was like outside of an all-consuming U.S. corporate culture that occupied not only most of my waking days, but also my mind when I wasn’t working.

Once I was open to the possibility, inspiration flooded in from everywhere: magazine articles, conversations with strangers (like DC taxi drivers) and tips from friends.  My college buddy David was on his own meandering mini-sabbatical at the time.  His legendary email descriptions of the ochre walls of Petra and sunsets on the Bosporus were welcome distractions to my day — rays of light in my grey-walled, grey carpeted cubicle.  His example begged the question: why couldn’t I do the same?

In retrospect, the decision to go was a natural evolution of changes that were already in motion: a yearning to do something different, more creative and more meaningful beyond making money.  Before going anywhere my mind was already traveling, exploring a richer world of culture and creativity that was previously unseen through my 9 to 5 lens.

A travel-writing course helped me see the world differently, by noticing details and using sensory descriptions to tell a story.  It was a far cry from the logical position papers I’d written as a political science major in college.  It also sparked an interest in writing poetry and in Pablo Neruda, whose memoir further heightened my wanderlust and provided a theme for my travels through South America and his native Chile.

On weekends I DJ’d at Felix, a James Bond themed bar and restaurant in Washington, DC with an international staff.  Rohit, a London mixologist (before that was even a thing) was my supremely positive spiritual guide.  Sidi, a waiter from Mauritania who would sneak away to dance joyously whenever I played Khaled (no, not DJ Khaled); and Tree the entertainingly eccentric Vietnamese sous chef.  Mixing with this international crew conjured heady visions of faraway lands, fueling my wanderlust.

Everywhere I turned there were signs encouraging me to go.  On the flip side, there was little reason not to go. I’d saved enough money, had zero debt and had the brash, youthful confidence that I could do anything. Nothing held me back.

Then I met Ingrid.

An accomplished modern dancer, she broadened my artistic interests and drew me in with a calm demeanor that tamed my “always on” corporate mindset in a direction I wanted to go.  It perfectly mimicked the personal transformation I was experiencing. But as we grew closer I didn’t dare mention my grand travel plan for fear of losing her. Why would she waste her time with someone who was about to leave for a year?

After trying to avoid the subject for awhile, the plans for my trip came up over dinner one night. No longer able to contain my enthusiasm, I shared my desire to explore the wonders of the world, solo, for an entire year.  But I also shared my concerns about burning through savings and halting the professional momentum I’d gained.  “But you’ll be a psychological millionaire!” Ingrid exclaimed.  Wow.  Wasn’t expecting that.  Instead of cutting her losses, she actually encouraged me to do it.  She understood its intrinsic value.  “Keeper!” I thought, as in the old Foster’s Beer ad.

Ingrid’s support accelerated my planning and pushed me even closer to taking the plunge.  It lifted a huge emotional weight off my shoulders, and alleviated my concern that it would damage my career.  In the end, one year wasn’t such a big deal.  As a college graduate with 7 years of successful sales experience, I’d be OK.  Right?

On November 15, 1997, Islamic militants seeking to overthrow the Egyptian government killed 70 people (including 60 tourists) outside a temple in Luxor, Egypt.  It occurred just as my plans were taking shape, and brought to the forefront a fear that I hadn’t confronted yet.  The Pyramids of Egypt were on my list, but this was about more than just one destination and unfortunately was not an isolated incident.  I had to face the fact that I would be alone, traveling in remote parts of the world where anything could happen.

The attack prompted friends of mine to share their own cautionary tales. A co-worker recounted the story of his friend who was murdered while traveling to a developing country.  My friend Tom told me about a fellow hotel guest who ignored the front desk’s advice not to go out for a run after dark.  He returned naked.  Even his clothes were taken from him!

Any one of these stories was enough to make me reconsider my plans.  But as noted travel expert Wendy Perrin reminds us, one is statistically more likely to perish from a car crash or drowning in a bathtub than from terrorism.  Such data provides a rational antidote to doubts, but can’t by itself overcome that primal emotion of fear.  In the end, it was a deeply held spiritual belief in positive outcomes that propelled me forward and sustained me on the road.

I decided to go.  With the world as my canvas, I was free to dream up an epic itinerary.  With so many options though, how could I choose where to go?

Next up in the #RTW98 series: crafting the itinerary.

This site uses Akismet to reduce spam. Learn how your comment data is processed.